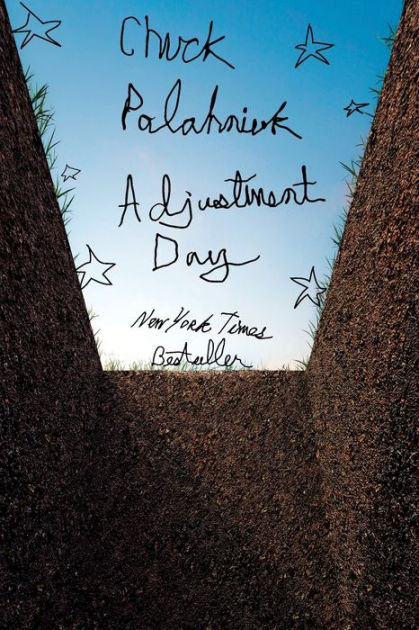 I think this is Palahniuk’s best work. At least since Fight Club.

I’m not going to review this book or do a synopsis recap, but suffice to say it deals with a modern American revolution.

I read FC at least once a year. I’ve read just about everything CP has written. This one was entirely engrossing. When an author takes a “what if” premise and explores it throughly–that is an author I will continue to read. FC, though a satire, hit the sweet spot for me and resonated emotionally. I know it was a satire, and I know it was ridiculous, but I understood the emotional energy of the WHY (I’ll point out that I thought the book ends as only the book could have when pitting Man against Society and that the movie ending took a more fairy tale approach).

Most of his other books I’ve enjoyed for their audacity and Big Voice Factoid sprinkles, but that haven’t resonated with me emotionally until now. Adjustment Day was released in 2018 and with another twist or two, could have been an actual history book.  I suspect CP’s inspiration might have been tired to the article that floated a few years illustrating how the US is actually divided into 11 political demographics. He boils it down further and tell a story of what it would take for that happen – though his 11 is closer to 4.

Most books and films usually spend their time trying to STOP the main event, so I was quite pleased that it happens at the midway point and we spend time int the aftermath. The book reads like a novel plus a novella of a sequel, much like Neil Stevenson’s Seveneves, which will leave a certain type of reader to suggest the end was rushed. I felt the book could have ended at various points, and I would have been satisfied, but am pleased he continued on.

It may not be your cup of tea, but I highly recommend it.

(Side note: I started reading Adjustment Day on Kindle, and lost the thread, but I ordered the book and devoured it. I was an early adopter of the Kindle (I did my thesis reading from my Kindle) and would buy both eBooks and physical books. My former commute made the Kindle a necessity and my back pack lighter. I don’t know what flipped the switch for me. Maybe because of The Fountain I’ve been paying closer attention to layout and fonts. Confession, I am a bit of a font snob – hell, I’m a margin snob – as my publisher will attest. Regardless, I devoured the physical copy. And now I need my own Adjustment Day to find more shelf space.)